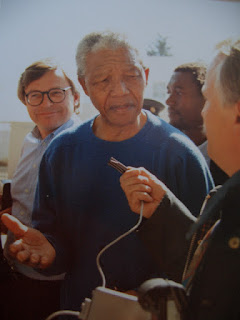 Interview was made on Nagra- SNST: 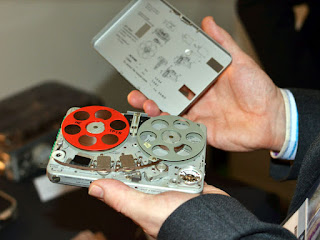 Before Sarah Palin became a political pundit, reality TV star and household name, she did a whole lot of things in Alaska that raised eyebrows once she became a vice presidential nominee. Reporters began exploring some of those things at the time and filing public records requests to more fully explore her record. Now, three years later, and after much wrangling with the State of Alaska, we’re finally getting 24,199 pages of emails from Sarah Palin’s time as governor. They’re going to be released—on paper—this afternoon. [more...]
Eingestellt von wolfgang rathgeber um 10.6.11 Keine Kommentare:

Prince Andrew has developed a 'close friendship' with a billionaire dictator accused of torturing protesters, and lobbied the president of another of the world's 'most corrupt' countries, it has emerged  [more...]
Eingestellt von wolfgang rathgeber um 9.3.11 Keine Kommentare:

Guardian: Is this the end for Angela Merkel?

by Ronen Bergman
One year ago, an elite Mossad hit squad traveled to Dubai to kill a high-ranking member of Hamas. They completed the mission, but their covers were blown, and Israel was humiliated by the twenty-seven-minute video of their movements that was posted online for all the world to see. Ronen Bergman reveals the intricate, chilling details of the mission and investigates how Israel's vaunted spy agency did things so spectacularly wrong [more...]

IRKUTSK, Russia — It was late one afternoon in January when a squad of plainclothes police officers arrived at the headquarters of a prominent environmental group here. They brushed past the staff with barely a word and instead set upon the computers before carting them away. Taken were files that chronicled a generation’s worth of efforts to protect the Siberian wilderness. [more...]
Spiegel Online: Microsoft steht im Verdacht der Komplizenschaft
Eingestellt von wolfgang rathgeber um 12.9.10 Keine Kommentare:

Editors note: below and reproduced in full with the author's permission is an open letter written by Noman Benotman, a former commander in the Libyan Islamic Fighting Group (LIFG) and a former associate of Osama bin Laden and Ayman al-Zawahiri. In al Qaeda strategy meetings in Kandahar in 2000, Benotman warned the al-Qaeda leadership of ‘total failure' to realise their aims and called on bin Laden and al-Zawahiri to abandon violence. Soon after the 9/11 attacks, he distanced himself from al-Qaeda and later resigned from his own jihadist organisation. He has more recently been instrumental in negotiations with Libya's government to free former LIFG leaders, and in persuading these leaders to formally renounce terrorism. He also recently joined the London-based Quilliam Foundation as a Senior Analyst.

"Is it not time for believers to humble their hearts to the remembrance of
God and the Truth that has been revealed. Quran, 57:16

WASHINGTON— President Obama sharply criticized a Florida pastor’s plan to burn copies of the Koran on the anniversary of the Sept. 11 terrorist attacks, calling it a “stunt” that threatens the lives of American troops in Afghanistan and Iraq and violates American principles of religious tolerance. [mehr...]
Eingestellt von wolfgang rathgeber um 9.9.10 Keine Kommentare:

When a German banker and former government official spoke publicly about a unique “Jewish gene,” when he attacked Islam as a source of violence and stunted development and when he espoused genetic theories that evoked the fright of the Nazi past, the political leadership quickly condemned him as racist and called for him to be fired, Michael Slackman reports in The New York Times.
But the banker, Thilo Sarrazin, an executive with the Bundesbank and a former Berlin finance minister, has not emerged as the marginalized hate-monger that the initial condemnation suggested. His book, “Germany Does Away With Itself,” which laments the growing number of Muslim immigrants, contending that they are “dumbing down” society, was released Monday and is already in its fourth printing, with sales expected to exceed 150,000 copies, according to his publisher. [more...]
Eingestellt von wolfgang rathgeber um 3.9.10 Keine Kommentare:

by Michael Slackman
BERLIN — When a German banker and former government official spoke publicly about a unique “Jewish gene,” when he attacked Islam as a source of violence and stunted development and when he espoused genetic theories that evoked the fright of the Nazi past, the political leadership here quickly condemned him as racist and called for him to be fired.
But the banker, Thilo Sarrazin, an executive with the central bank and a former Berlin finance minister, has not emerged as the marginalized hate-monger that the initial condemnation suggested.  [more...]
Eingestellt von wolfgang rathgeber um 3.9.10 Keine Kommentare:

Germany's central bank has decided to ask the country's president to dismiss one of its board members, Thilo Sarrazin, over comments he made about immigration, Muslims and Jews. ...........
Speaking on BBC World Service, one of his prominent supporters, Necla Kelek - who herself is a German of Turkish origin - said Germany needed an open debate on immigration. [more...]
href="http://www.perlentaucher.de/autoren/16326/Necla_Kelek.html">Information by Perlentaucher about Necla Kelek (German Language)
Eingestellt von wolfgang rathgeber um 3.9.10 Keine Kommentare: